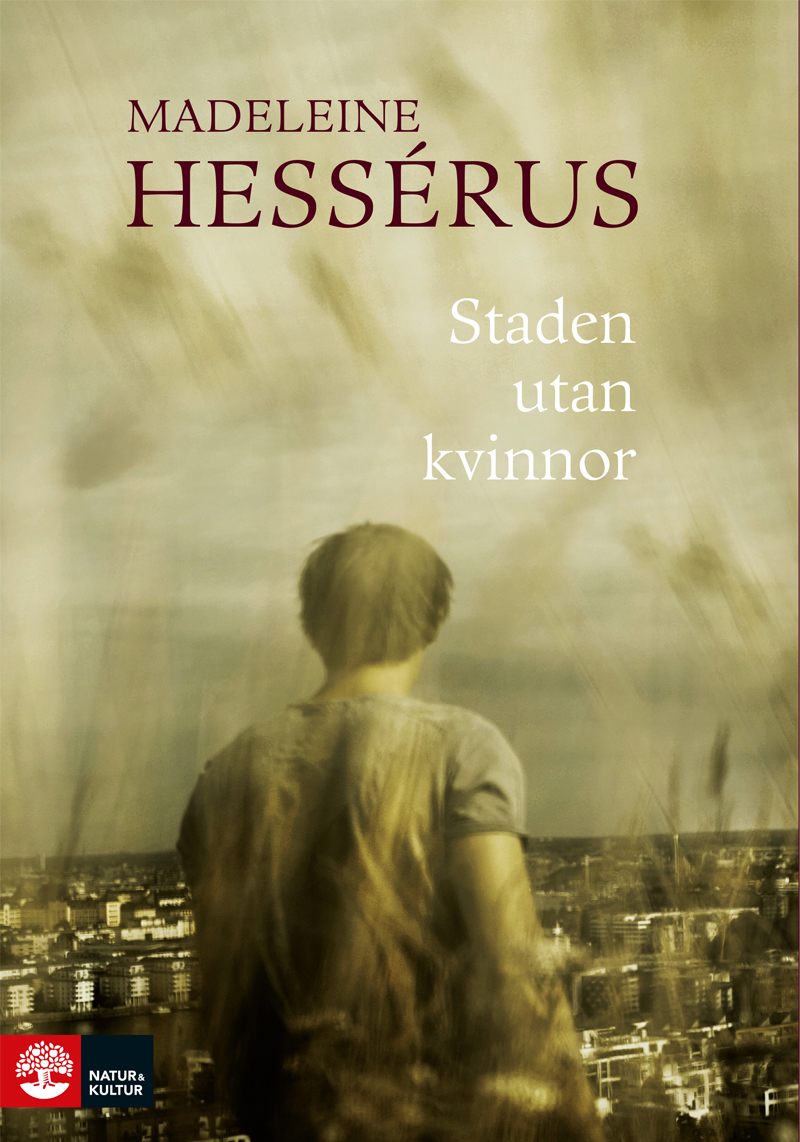 The City Without Women

Stockholm in a not too distant future: a wave of brutal murders of women shakes the city. Following a prolonged conflict, where women and men arm themselves against one another, a wall is constructed. In the southern parts of the city the women take shelter behind the heavily guarded wall, while in the northern parts the men are left behind in a city that is quickly disintegrating.

On a rainy morning Jakob Hall arrives in the Northern city. He is  a representative of the resistance movement against the wall, an organisation based on the islands in the archipelago. He has come to fight the terrorist organisation that controls the Northern city.
In the city he gets to know three young men and is pulled into a winding chain of events that takes them through the malls of the sex trade, through the gambling quarters and passageways below ground. The past comes back to haunt him and he remembers Hedda, the woman he never stopped loving and who disappeared when the wall was built.

The City Without Women is a visionary and multi-faceted tale about a city, as eerily bizarre as it is credible. With this novel, Madeleine Hessérus continues to explore the urban landscape that she also portrayed in the critically acclaimed novel To Isola (2004).

Review Quotes for The City Without Women

Madeleine Hessérus is one of Sweden’s most accomplished stylists, her language is music. That she has already proved with her short stories and the critically acclaimed novel Till Isola. With this new novel her talent of combining symbolism and visionary suspense with an engaging and provocative thought experiment is revealed. / … / The City Without Women is a sterling artistic masterpiece. With reverence I would like to compare it to novels like Kallocain by Karin Boye or The Wall by Marlen Haushofer.
Lena Kjersén Edman, Västerbottens-Kuriren

”The City Without Women is a powerful and impressive venture, a novel with an unusual gravity and with many questions of the kind that have become rare in contemporary fiction… Once more Madeleine Hessérus proves that she doubtlessly and evidently belongs to the small group of really important and superior Swedish authors. If the jury doesn’t nominate The City Without Women for the August Award, it will be little short of a breach of duty.”
Helsingborgs Dagblad

”Some authors don’t get the attention they derserve. They don’t shout loud enough. Madeleine Hessérus is one of those authors… The City Without Women is a disturbing and terrifying novel. The vision of the future it portrays can also be viewed as a satire of present time. Also read Madeleine Hessérus for the sake of the language! It is concise, charged and poetic.”
Svenska Dagbladet

“Hessérus is a sharp critic of today´s society and civilisation, with a language where many sentences will stay after reading. The wall is a metaphor often used and in her dystopian novel she uses it on many levels. It is not only a wall between people and gender, but also between people and the future and history of society.”
Göteborgs-Posten

“Reading Madeleine Hessérus´ novel The City Without Women is to tumble about in darkness and rage. Hessérus has also written two collections of short stories, Not as Beautiful as in Valparaíso (1997) and The Dead Queen (2001) and the novel To Isola (2004). The City Without Women lines up beautifully together with the others. It is a gruesome prophecy but also a wide-ranging love story and a tale about hope in humanity. Crafting such an extensive description of a society with its vast gallery of people in transformation demands great skills.”
Dalarnas Tidningar

“The women live on one side, the men on the other. There is a wall in Stockholm which casts dark shadows on a city of violence. With a thought-provoking language Madeleine Hessérus nails her readers to a dystopian world which suddenly feels awkwardly … familiar.”
Fokus

”The details are gathered into one fascinating whole, even if the individual brushstrokes are fascinating enough /…/ The City Without Women is impressively independent, different from most works in contemporary fiction /…/ Madeleine Hessérus’ voice in Swedish literature is refreshing”
Arbetarbladet

”The novel is maze-like /…/ it is very fascinating and it raises questions long after it is finished. What are our cities like today? Do we want people to be separated by walls?”
Nerikes Allehanda

”Madeleine Hessérus’ novel The City Without Women is an ingeniously multi-faceted creation /…/ With her sometimes essay-like narrative she lulls the reader into some sort of a fact-based security where you actually believe everything she says and are happily guided along, but right at that moment there is a shift, where a potential opening is turned into its absolute opposite. This happens in an illusory gentle way, but it is terrifically skilfully executed. It is a very interesting and well-written novel that Madeleine Hessérus has produced about the causes and effects of the lack of love and the urban society’s varities in its most possible and frightful consequences.”
Tidningen Kulturen