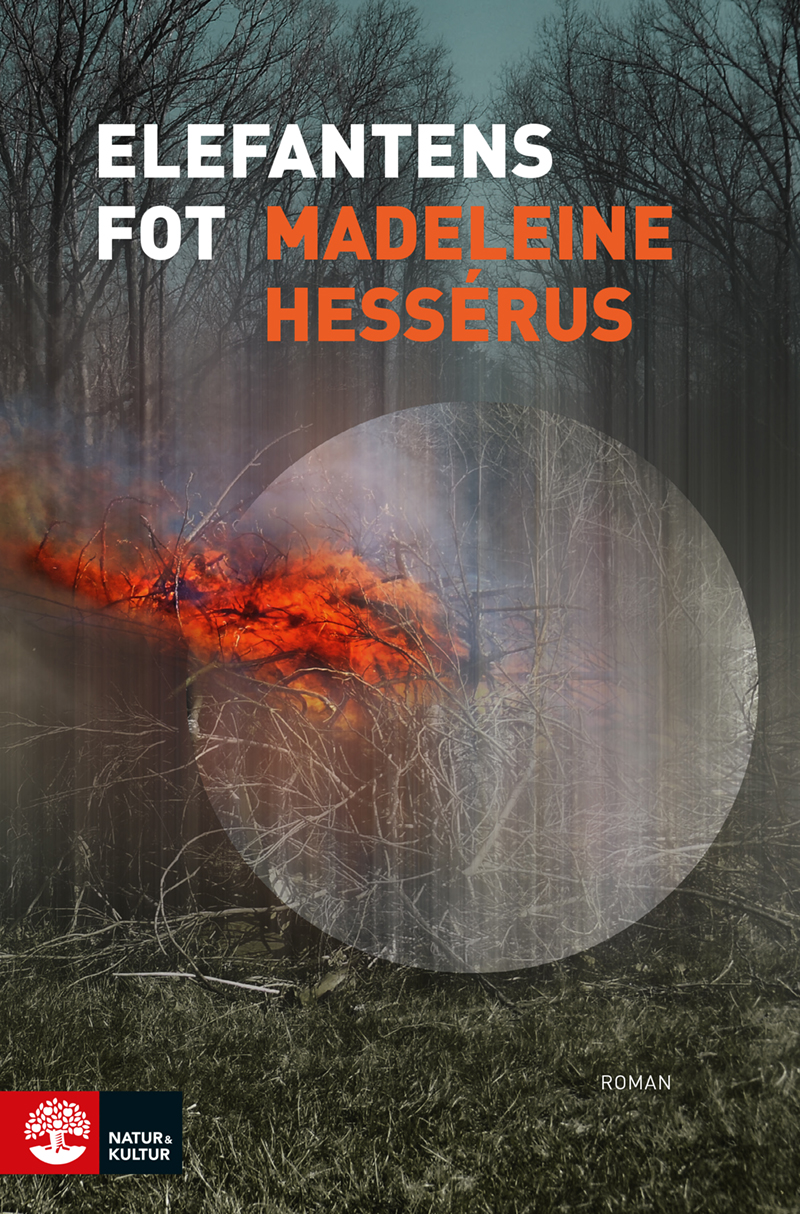 The Elephant’s Foot takes place in the exclusion zone around Chernobyl. It is a novel about mankind’s complex relationship with nature, but it is also a novel about love and the powerful tension that can arise between people in a close-knit group. The love story is set against the backdrop of the exclusion zone’s post-apocalyptic landscapes, created by man, which force the main characters to face themselves: here it is impossible to escape one’s responsibility. In that respect the novel also portrays the hope for regeneration – as paradoxical as the savage explosiveness of the vegetation in the zone’s abandoned cities.

Review Quotes for The Elephant´s Foot

”I read the book slowly to prolong the pleasure of the novel’s suggestive description of the scientists’ surprisingly passionate existences. Patiently gathering data, aloofness and envy, the irrational disgruntlement /… / Hessérus’ portrayal of the scientists’ expeditions into the zone is a literary achievement. The prose wriggles and almost spills out of the pages in the same way that the trees pierce through abandoned buildings in the real-life town of Pripyat / … / The Elephant’s Foot is an oil painting disguised as a novel.”
Inga-Lina Lindqvist, Aftonbladet

”Never have I read a novel with such powerful, affecting, and not least stylistically solid landscape descriptions as in Madeleine Hessérus’ new book. But then again, this does not concern just any old landscape, it concerns the “zone”: the radioactive and inhabitable area around the nuclear power plant in Chernobyl. The atmosphere belongs to the nightmare and the fairy tale at the same time /… / Quietly, without much fuss, but with the same powers of observation and strong sense of detail that characterizes the descriptions of the landscape, and with an evident and extraordinarily impressive scientific authority, Hessérus not only manages to make this research understandable, she also succeeds in making it so engaging that even the most inveterate humanist gets a feel for the scientist’s driving forces.”
Merete Mazzarella, Upsala Nya Tidning

”During the main part of the reading of the novel The Elephant´s foot I am totally absorbed by Madeleine Hessérus objective and exact depiction of a research station/…/people to love or hate or just feel indifferent towards. And she describes it so well and builds up such a tension around the competition, the warmth and passion which grows between these scientists/…/They catalogue mice craniums together. They travel to the Zone where they encounter the surprising glimpses of normality and idyllic places created by the resettlers in the middle of the waste land/…/ It is profoundly fascinating to go along with them out there, Madeleine Hessérus seems to have made a considerable research/…/I read her almost like a document, a testimony from one of the world´s secret hiding-places.”
Jenny Aschenbrenner, Kulturnytt, P1

“An exceptionally well-made story about the interaction between man and nature/…/The Center is somewhat of a border community in miniature, a melting-pot of different mentalities and views of the world where east and west converge. Hessérus has an eye for group dynamics and psychosocial processes. People as well as interrelationships are depicted trustworthy and with insight./…/In a calm pace Hessérus opens up for every conceivable feeling, mood or sensation, she masters it with sure sensitivity – the language is vivid and altogether fantastic!”
5/5 Sandra Sandström, LitteraturMagazinet

“The Elephant’s Foot is a beautiful, lingering novel: the plot is simple but the prose is intense and full of images.”
Josefin Holmström, Svenska Dagbladet

”Hessérus is, however, a stylist with a wide repertoire, and when she writes about the zone, the defunct villages and how nature behaves in the far-reaching area, the prose takes on a different shape. The zone’s powerful and eerie silence is evoked in relief to the nature that won’t be constrained by radiation and access order /… / Hessérus masterfully employs the tensions that exist between the uncontrollable on one hand, and the human spirit and ambitions on the other hand. The Elephant’s Foot is an elegant culmination of her thematic trilogy.”
Elisabeth Hjorth, Sydsvenskan

”Civilization versus nature is Madeleine Hessérus recurrent theme, but The Elephant´s Foot is also a love story. When love hits the Swedish visiting scientist Katarina and an Ukrainian Chernobyl veteran it triggers off a complicated chain reaction. Their relationship is a secret garden in a barren and ominous landscape, but can it survive? An electric atmosphere which hypnotizes.”
Jenny Lind, M-Magasin

”Madeleine Hessérus has found a subtle and tremendously fascinating way to portray how our perception of reality can falter.”
Bodil Juggas, Arbetarbladet

It is a novel that calls for reflection: poetic and perceptive, neither a word too many nor too little, as clear as a footprint but also as mysterious as a prophecy.”
ÅM Hellman, Blekinge Läns Tidning

“The Elephant’s Foot is a highly readable love story with great earnestness. An important novel about human faux pas and its consequences.”
Solveig Halvorsen Kåven, Dala-Demokraten

”Madeleine Hessérus’ new novel, The Elephant’s Foot, is a story of the almost classic kind: broad, analytical and richly detailed, with elaborately drawn characters and a setting that completely determines the problem and the message.”
Dan Sjögren, Norrländska Socialdemokraten

”A fascinating story /… / I am deeply affected by the characters I encounter.”
Lena Kjersén Edman, Västerbottens-Kuriren

”We are all living on borrowed time. Our civilization is something provisional, a state of emergency in a voracious nature, in a cold infinity. Everything in our tiny human world is temporary. That is how one can summarize the existential message in Madeleine Hessérus’ well-composed and multi-faceted new novel.”
Torbjörn Elensky, Tidningen Vi

”The writing in Madeleine Hessérus The Elephant’s Foot is startlingly beautiful when she describes how nature is reclaiming the zone, the sealed off area around Chernobyl’s quarantined nuclear power plant.”
Milena Bergquist, Femina